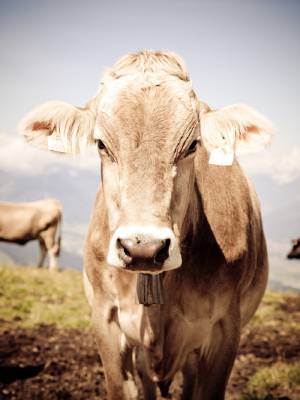 Speak with a human to filling out a form? call corporate office and we will connect you with a team member who can help.

Raising beef is a complex process, but throughout the entire journey, one thing remains constant – the shared commitment to raising cattle in a safe, humane and environmentally sustainable way by using the latest technology and resources. The calves of dairy and beef cows are likely to have very different lives. Beef cattle are generally slaughtered after one to two years. Beef cattle are often reared outdoors on grass, although many are brought indoors or crowded into feedlots for fattening before slaughter. Even though many cattle in Ggeorgia is fattened on grass, many cattle are kept indoors and fattened on a high grain diet across most of Georgia. In indoor systems, beef cattle are commonly housed on slatted floors in crowded conditions, which increases aggression and can lead to severe injuries and lameness.

Finding the right balance of nutrition for cows is a major part of achieving a successful farming operation and optimizing feed manufacturing products. Nutrition plays a huge role in the value of beef and dairy products, breeding stock, and manufacturing feed. Because of this we make it a priority to find ways of boosting nutritional intake and quality of nutrition for cows. We feed our cattles only with grains produces in Bebo Holding farm.

Few advantages of cattle forming that are important to mention. Milk cattle are used widely for processing milk. The draught cattle are commonly used for labour. In connection with streams such as agriculture where they are used in carting and irrigation. The cattle farm is considered to improve farmers’ total income and to boost their living conditions. As a means of manure for soil enrichment and as a source of biofuel, the animal waste which is produced can be used. For a significant number of people, it is a source of employment. All those benefits are giving to us reason to invest in cattle farming.

What we do in our cow farm

Cattles may begin their short lives on rangeland, young calves are nearly always separated from their nurturing mothers and often endure a series of painful mutilations including branding, dehorning, and castration. Within their first year, calves endure the long, stressful journey to a feedlot, where they are fattened on an unnatural diet to reach an optimum “market weight” and be sent to slaughter. After that the meat is sold in local market. So as Georgian market of cattle production is not asimilated, it is a good start for new investment.

Helping over 30 businesses in Georgia